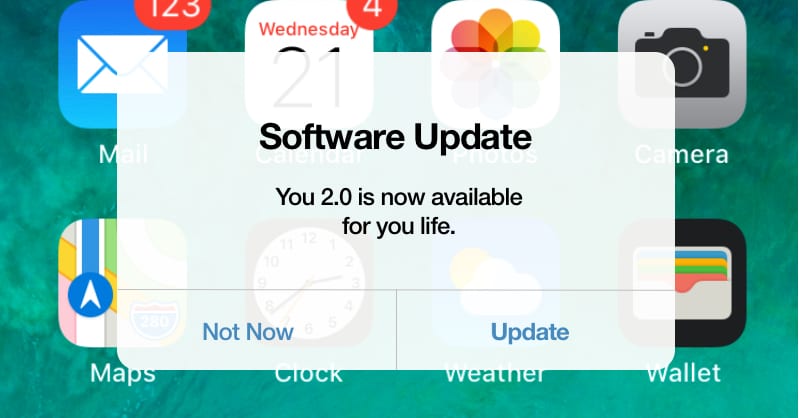 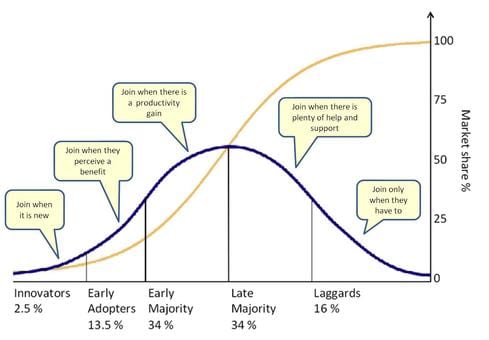 Are you a laggard? Do you even know what a laggard is? A laggard is someone who makes slow progress and falls behind others in the acceptance of change or innovation. Laggards are the most resistant to change and do so only when forced to adopt because everyone else has. Supposedly laggards make up 16% of a population. The rest of the population consists of innovators (2.5%), early adopter (13.5%), early majority (34%), and late majority (34%).  Being an innovator or even an early adopter, however, does not mean you are better than the rest, it just means that you are more willing to take bigger risks for percieved gains. Also just because you are a laggard in one area of life doesn’t mean you are a laggard everywhere else. As a matter of fact you can be an innovator when it comes to technology, but a laggard when it comes to social change. What makes you an innovator or laggard is how you perceive risk versus reward.

These past few weeks we have been in a series here at Cornerstone called You 2.0. The series is meant to inspire us to  accept the life update that comes with following Jesus Christ. We have discussed the terms & conditions, our new name, and how we are to reallocate the resources God gives us to better this world. This week we are going to ask ourselves why we refuse to accept the update God has for us. We will also look at our decision-making processes and see what problems we encounter that lead us to make poor decisions. I believe that looking at the common statements from laggards and innovators can give us some insight into this.

“Look, new and shiny!” Innovators adopt something simply because it is new. They love exploring for the sake of exploring and are willing to take risks, even if those risks result in failure. In the decision-making process, they often fail to understand their goals and evaluate what innovation will cost adequately. They are very forward-thinking and rarely rely on previous experiences and wisdom of others when making decisions. Once they are met will failure, they are often ready to adopt the next newest shiny thing.

“I guess if I have to…” Laggards, as I have mentioned before, are very resistant to change and will often only do so when they are left with no other options. Unfortunately for laggards, they are often left behind and can become disconnected from the majority. As the innovators, they too are unwilling to rely on the experiences and wisdom of others preferring their own insight and what they perceive as truth. In the decision-making process, they often mistake their goals for comfort and do not recognize that even positive change will come at a cost. They are also left with fewer choices because only what the majority has already decided upon is remaining. This means they are often forced to accept change even when it is not beneficial to them because so few options are left. Think Aesop’s fable “The Ant and the Grasshopper”. The grasshopper is so unwilling to disrupt his comfort to work through the summer like the ant that in the end, he is left with only one option, starving to death.

The commonality between both the Innovator and Laggard is a failure to appreciate the wisdom and experiences of others. When we are making decisions, we can benefit from the wisdom of others to make the right decisions. In our Scripture this week, we will be looking at a parable told by Jesus of the Rich Man and Lazarus. The rich man is a laggard. His comfort has become his highest priority, and although he has the wisdom of Abraham, Moses, and the prophets to change, he has chosen to ignore it. The consequence is tragic, and when he realizes his mistake, it is too late. The rich man pleads with Abraham to send someone who has seen death to warn his brothers. Abraham says, “If they do not listen to Moses and the Prophets, they will not be convinced even if someone rises from the dead.”

So what is keeping you from making the change in your life? Why are you still refusing the update? Join us this Sunday, September 29th, at 9:30 AM for Sunday School and 10:30 AM for worship as we explore these questions more closely.