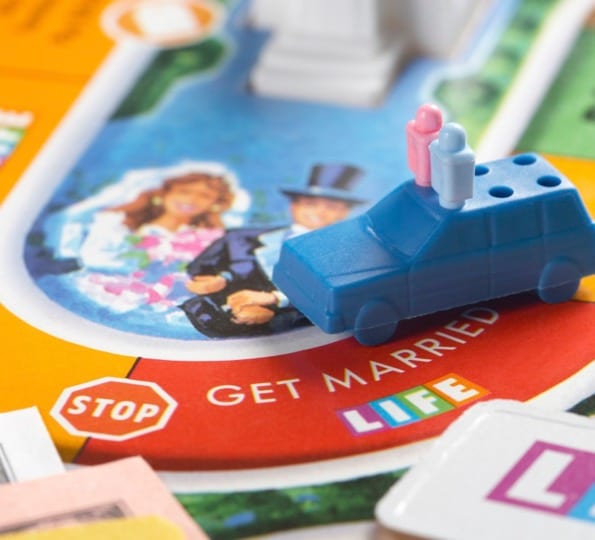 Do you remember the “Revenge” space on the board game, The Game of Life? Depending on your answer to that question, I could probably guess how old you are. The game as most of us know it was released in 1960 by Reuben Klamer and Bill Markham. It included spaces like “Revenge” and “The Poor Farm”, but has seen many revisions since then. Although the game looks quite different today than it did nearly 60 years ago, it original version created over 160 years ago would be unrecognizable to most.

The original version of the game was created by Milton Bradley in 1860 and looked like a checker board. It was called “The Checkered Game of Life” and it had some pretty intereting spaces you 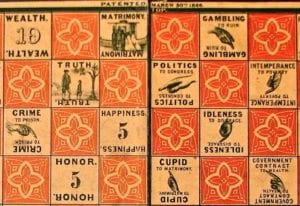 could land on such as, “suicide”, “poverty”, and “ruin”. Milton Bradley was an educator with a bent towards teaching morality and intended for the game to teach the advantages of taking the moral high road. The hope was that you’d see the advatanges of making good (winning) moral decisions over the bad (losing). Although the game would become quite different a 100 years later, some of the same philosphy applies to the modern version, except winning has become about making good money decisions instead of good moral decsions.

Ok, now back to our discussion of the “Revenge” space. In 1960, the “Revenge” space would be first introduced. If you landed on this space the rules stated: IF you land on a REVENGE space you are ENTITLED to one of the following choices: (1)Collect $200,000 from any player. or (2)Send any player back 10 spaces. I like how it says you are ENTITLED! What is that supposed to mean? To be entitled means that you believe that you are DESERVING of this privelge or special treatment. Why? Just because you landed on it! Ok. I know this is just a game, but I think Milton Bradley would be pretty upset to see what his orginal game had become. Eventually the “Revenge” space would go through some changes and then  disappear (see picture below). I am not sure why it has disappeared but part of me hopes that humanity knows that revenge is wrong. 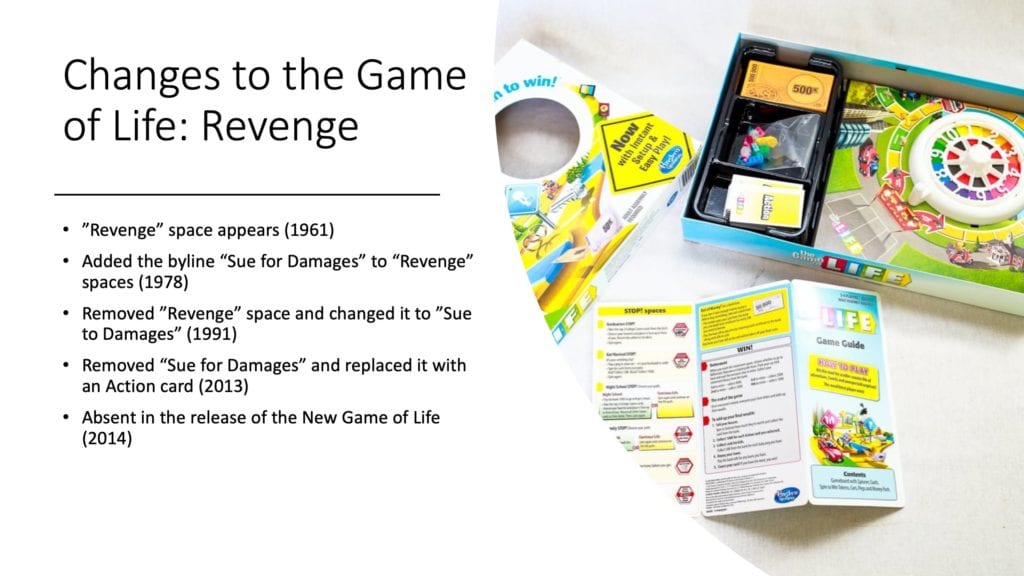 Why do I believe revenge is wrong and why should you believe the same? Well, revenge is a subtype of aggression, retaliatory aggression. It is an aggressive behavior we engage in as a response to any sort of provocation. When we find ourselves alone or lacking in power to defend our own interest, we derive satisfaction & pleasure from exacting revenge. I don’t believe there is anything wrong with finding pleasure in justice. However, when we right a wrong by creating a wrong, we create an endless loop of harm and there is no justice.

Jesus teaches in a parable found in Luke 18:1-8, about widow who seeks justice in a case against an adversay from an unjust judge. At first the judge ignores her, but eventually she wears him out. The judges decides to grant justice if for no other reason than that she will leave him alone.  The intention of this parable is to teach the disciples that persistence in prayer is important. However, I believe there is another lesson here, a lesson in persistence of justice. The widow could have given up on the unjust judge and sought her own form of justice, revenge. If the widow sought revenge what would be the consequences of her actions?  Would she create more harm than good? The system of justice the widow found herself in was broken, but does that mean she should take justice into her own hands? Ultimately, Jesus states this is a faith issue (Luke 18:8). Can the widow, can you, can I be faithful that God’s justice will prevail?

Why do we seek revenge? Where does this desire come from? How can we avoid it? These are the tough questions we will explore this Sunday, October 20th in small group discussion at 9:30 AM and in worship at 10:30 AM. My hope is that if we cannot answer them, we can at least understand them better.