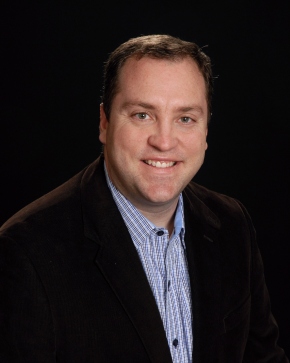 “And I am sure of this, that he who began a good work in you will bring it to completion at the day of Jesus Christ.” – Philippians 1:6

The Apostle Paul shares these words in the opening of a letter to the Philippian Christians that he purposed to thank them for their generosity and to encourage them to live in a manner that reflected Jesus’ self-giving love. When I read these words I hear an Apostle Paul that is confident in the Philippian Christians and more importantly confident in the work God is doing in their lives.

I believe that confidence is one of the most significant determining factors of success in life. Confidence can be a self-fulfilling prophecy.  People who are confident in their actions or deeds often put such great effort into their work because they are more certain in the possibility of success. It is not that they are ignorant of the possibility of failure. Instead, they put their hope into doing good work for they know that they are more likely to succeed in their effort than is they never tried at all. It is like the Hall of Fame Hockey legend, Wayne Gretzky said, “You miss 100% of the shots you don’t take.” Confident people take their shots because they know that if they don’t, failure is almost guaranteed.

Over-confidence, however, can be just as dangerous as no confidence. Over-confidence or arrogance is unmerited confidence in one’s self or someone/something else that has little or no capability for success. So what led Paul to be so confident and not over-confident about the Philippian Christians and the work that God was doing in them?

I believe the key to understanding the difference between confidence and arrogance is wisdom. Wisdom is the combination of experience and knowledge that assures us of what we may expect. In the Philippian letter, Paul imparts his wisdom, through milestones of success.

The first milestone of success that he shares with the Philippians, is that while living in the midst of intense Roman patriotism they are to follow Jesus’ example and live out His story even if they’re persecuted (Phil 1:12-30). Paul models this by describing his own circumstances and how he has witnessed the Philippian Christians currently in the same condition. Paul suggests that they will know they are doing God’s work if they are being persecuted like Christ was.

The second milestone of success, Paul imparts through a messianic poem (Phil 1:27-28). The poem describes the attitude of Christ, which Paul believes must be adopted by all followers. The attitude of Christ is the thoughts, emotions, and values that led Christ to give his life in love for others. This is the pattern that the community must adopt while living together and must be visible to all.

The third milestone of success is “imitation”. Paul encourages the Philippians to imitate other followers like, Timothy, Epaphroditus, and even himself who are living examples of the story of Jesus (Phil 2:19-30, 3:17-21). They participate in Christ’s suffering and sacrificial love and are worthy of imitation. This is discipleship when we imitate those that have come before us so that we can walk similar paths.

The fourth milestone of success is to become an example (Phil 2:12-18, 3:1-16). Paul encourages Philippians to exercise humility, be unified, vent to God who gives them peace, stop complaining, and see beauty and grace in all circumstances. He is not asking them to be something they are not, rather to be an example for the world of what God has done through them. They are to reflect the work that God has done (Phil 3:16).

The fifth and final milestone of success is standing firm in the Lord (Phil 4). Paul views his suffering as a reliving of Jesus’ life 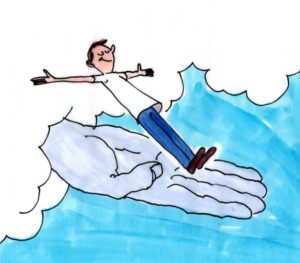 story, and how hardships have taught him that the secret of his success is simple dependence on God. In almost every letter, email, and blog post that I write, you may have noticed that I sign off with, “In God’s grip”. I do this because I have great confidence in God and the work God is doing in my life. If our confidence is founded in the work God is doing within us then it is not in our arrogance we succeed, rather it is in God’s grace available to us all.

This Sunday, April 28th, we will begin a new series called, Resurrection People. The series will describe what it means to be a resurrected people and how we are to live as such. We begin the series by continuing this discussion about “Confidence”. Worship with us at 10:30 AM and/or grow in knowledge with us in Sunday School at 9:30 AM.